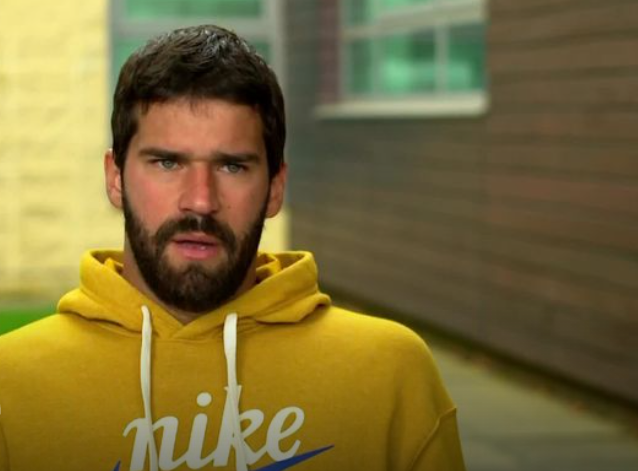 Tiger Fighting September 26 News Liverpool goalkeeper Alisson said in an interview that compared to the first half of last season, the team's state has indeed declined, but they are confident of getting back on track. Alisson also looked forward to the next strong dialogue with Arsenal, and said that the Gunners' paper strength is very strong, and the striker also has very good players.

Before the suspension last season, Liverpool had only lost 5 points in the Premier League and remained unbeaten before losing to Watford 0-3 on February 29. However, after the rematch and at the beginning of the season, Liverpool's state has declined.

In this regard, Alisson said: "We realize that our state is not as good as before, but we don't know the specific reason.

"Now the season has just begun. We played very hard against Leeds. It was an open game and anything could happen.

"After that there was a fierce battle with Chelsea. They are a difficult opponent, but I really like the willpower displayed by my teammates on the court. I like the intensity of the game, and also like our performance on the defensive end."

"Our opponents are very strong and got some chances to score goals. But I really liked the attitude of the teammates in that game. I think we are back on track."

When talking about the next focus battle with Arsenal, Alisson went on to say: "I think from paper, they are really strong, and they also showed something on the court."

"But I believe that as the team plays more and more games, we will perform better than before when facing them."

"And the last zero-closing opponent will also be very encouraging for you and will make you more confident to do it again. I think this will be a very exciting game."